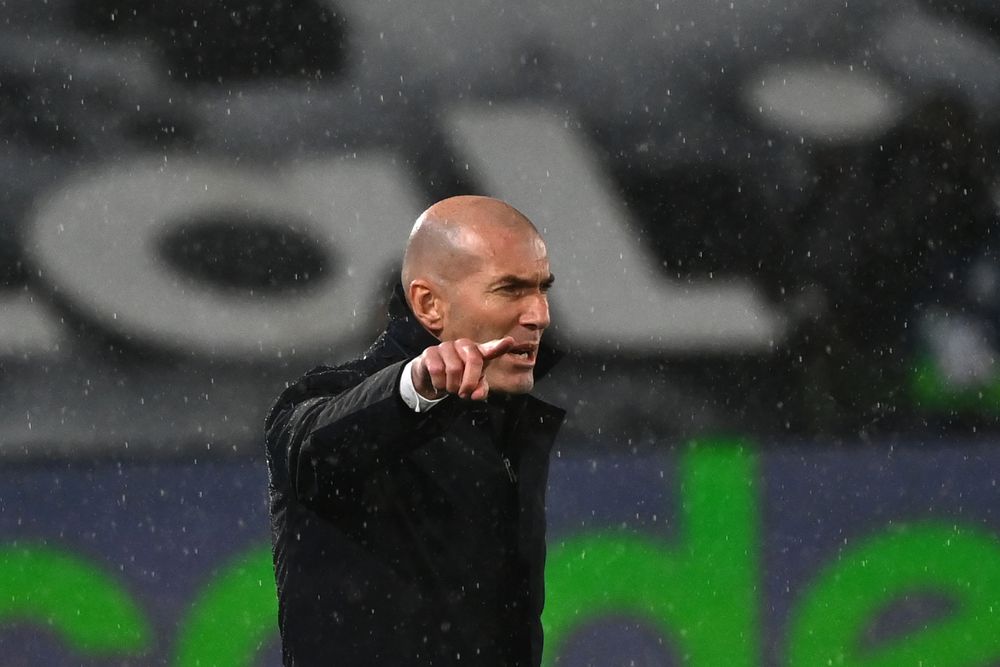 The very long collection of Real Madrid casualties not only conditioned the list that Zinedine Zidane was able to draw up for the game, but also the way to arrange his men on the field. As on Saturday in the final stretch against Huesca, also short of troops, the Frenchman used three centrals, to be able to align Marcelo on the left with his back protected by Mendy, who lined up with Varane and Nacho. And the experiment, at the home of a tactics agnostic, went well. Zidane has said that the blackboard is a “state of mind” or that the important thing is “animation”, and yesterday he saw how a barely rehearsed plan worked. “We could not prepare the new drawing much. The players interpreted well what had to be done, “he said at the end.

Vinicius said the same: “Without training, a new scheme is a bit difficult, but we were good.” His participation in the first goal summed up that spirit of marrying improvisation and quality. When a good pass was taken to the area from the right wing, he did not even have to remain on the field, according to Zidane’s plan, who recognized that the Brazilian would be the first retired, but that he removed Marvin, who had been injured, earlier. Not only was he on the grass when he shouldn’t have, but he was in a strange position, on the right, as a winger in defense of five, in the center of the field in attack. Everything was strange, even the precision of his center: “I made a good pass and Karim never fails,” he said. And the French striker completed the story of his header: “It was a good goal. A good cross from Vini, I attack the ball and go in ”. Zidane celebrated it in the band as a liberation. Benzema congratulated the Brazilian as in a reconciliation.

The second goal also had some summary of the jam session spirit with which Madrid governed a game in which Getafe only shot once, and not on goal. Marcelo, free all night on the left flank, happy to just have to look behind him, put another good pass to the small area that Mendy pushed with his right throwing himself feet first. He dialed and lay on his back, amazed and happy.

Marcelo couldn’t close the party. He was also injured, and consumed, one more to fatten the huge collection of casualties that forces improvisation and opens the door to the Castilla youth squad.

On the Getafe side, Bordalás justified the poor performance of his team in the environmental circumstances of the last hours. The Competition Committee sanctioned Djené on Tuesday with two games for his expulsion against Sevilla, after injuring Ocampos, and with one against Bordalás and Lopetegui. “After everything that has happened in recent days, the team was fearful, as if afraid of doing harm,” said the Getafe coach after the defeat; “There were actions in which we stopped.” And he denounced: “My players tell me that from the first minute the referees threaten them with expulsions.” In Valdebebas, Getafe committed 16 fouls (Madrid’s eight), a record similar to the average per game in LaLiga, the highest in the championship.