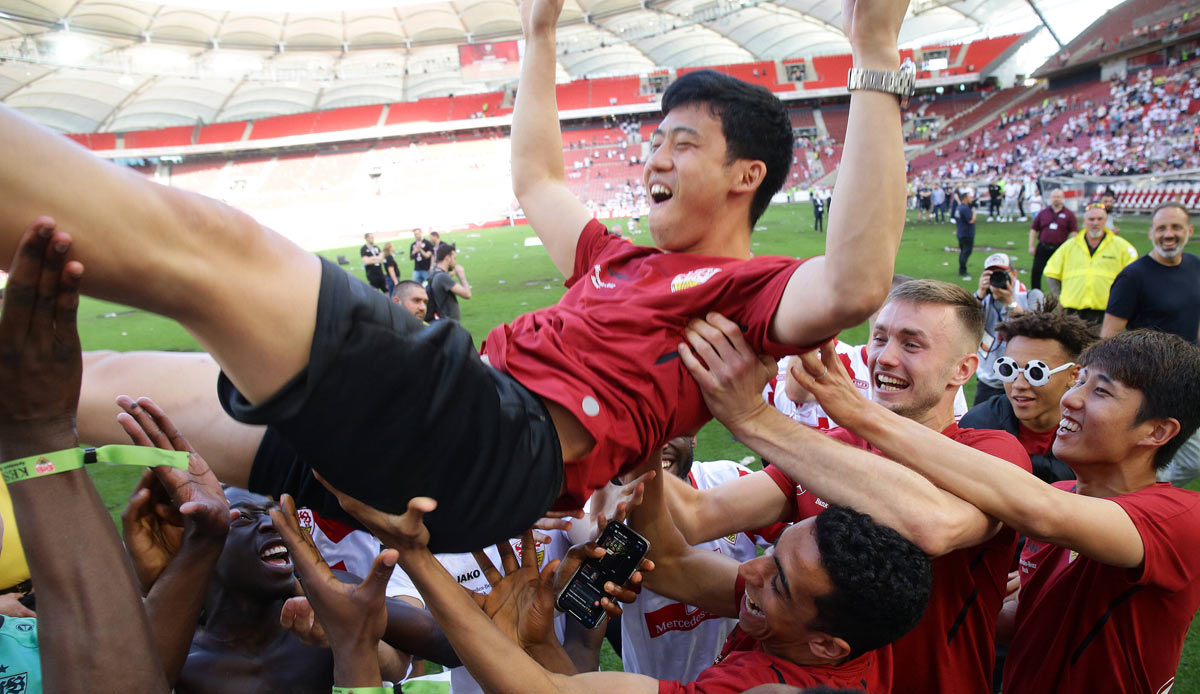 Ecstasy in Swabia: VfB Stuttgart managed to stay up in the league at the last minute in a dramatic relegation final. The team coached by Pellegrino Matarazzo defeated 1. FC Köln 2-1 (1-0), buoyed by 58,453 vociferous supporters, and sent Hertha BSC into the relegation game.

When the dramatic last-minute class halt was completed, all the dams broke in Stuttgart. Coach Pellegrino Matarazzo and his players hugged each other happily, the VfB fans stormed the pitch and celebrated their heroes. After the hard-fought 2-1 (1-0) win against 1. FC Köln, the Swabians were all white and red mad. It was going to be a long night of partying.

“It’s good. I have a skull after this screaming and cheering. It was ecstasy, a great moment, outstanding. I’m so happy for the boys. You never forget a moment like today,” said a beaming Matarazzo sky. VfB benefited from the 1: 2 of the competitor Hertha BSC in Dortmund.

Sasa Kalajdzic (12th) and Wataru Endo (90th + 2) scored for the Stuttgart victory. Anthony Modeste (59th) had meanwhile equalized after a serious mistake by VfB keeper Florian Müller. Despite the defeat, Cologne still has seventh place and thus participation in the play-offs for the Europa Conference League.

“Together with the fans we will let the boiler burn,” Sven Mislintat had announced – and the sporting director of VfB was right. Whipped up by their incredibly loud supporters, the Swabians got into the game very well and took the lead early on: Kalajdzic failed with a penalty kick on the brilliantly reacting Marvin Schwäbe, but only 24 seconds later the great Austrian headed Chris Führich’s corner powerfully to score 1 :0 a.

The guests had about 70 percent possession of the ball, but didn’t know what to do with it. Modeste missed Cologne’s only chance in the first round with a shot from 16 meters (44th). VfB was slowly struggling with efficiency, Tiago Tomas ran alone towards the Effzeh goal and failed at Schwäbe (45+2).

After the break, Stuttgart’s usury of chances continued, Kalajdzic missed from a good position (53′). Cologne were more effective and happily equalized: Müller couldn’t hold on to a harmless cross from Florian Kainz, Modeste scored his 20th goal of the season.

The Stuttgart fans woke up after the 1-1 equalizer in Dortmund and pushed their team to the end – and were rewarded.