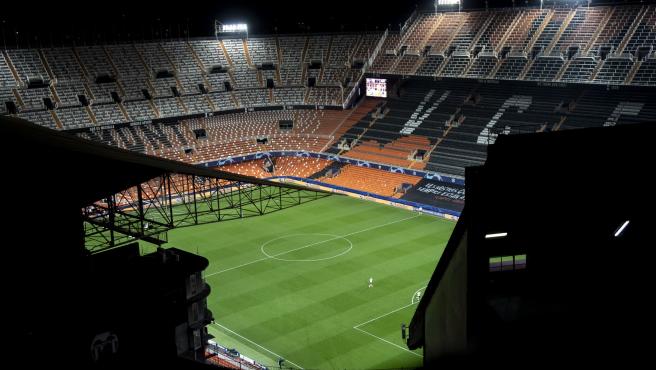 The Ministry of Health of the Valencian Community will carry out an innovative initiative to continue promoting vaccination among its population and will make available points for get immunized in two of the major sources of interest in autonomy this weekend: the Martínez Valero and Mestalla. An idea, already carried out in the United States, in which they will enable in both stadiums walk-in vaccination sites.

The health authorities will move mobile teams around the stadiums where a whole community derby between Elche and Levante, and one of the classics of Spanish football, the Valencia-Real Madrid. Taking advantage of the large influx of people who will have both parties, it is sought that those who have not received their doses they can do it in an improvised way.

“To date, Health has already offered every citizen of the Valencian Community over 12 years of age the possibility of getting vaccinated against Covid-19, but with this initiative what we want is bring vaccination even closer to the population, so that anyone who for whatever reason has not been vaccinated can do so “, explained the minister Ana Barceló, with the intention of encourage immunization at least 14% of the population that remains to receive the vaccine.

Medical teams will travel to the stadiums between two and three hours before of the meeting. Thus, before Elche-Levante at 19:00 on Saturday, the vaccination will begin from 16:30 at the Martínez Valero, Meanwhile in Mestalla will do the same on Sunday from 6:00 p.m., three hours before the Valencia-Real Madrid is played at 9:00 p.m.

This initiative represents one more step on the part of the Valencian Community to finally reach 100% of those vaccinated, after last week it began to accept vaccination without an appointment at the 133 authorized points for it.