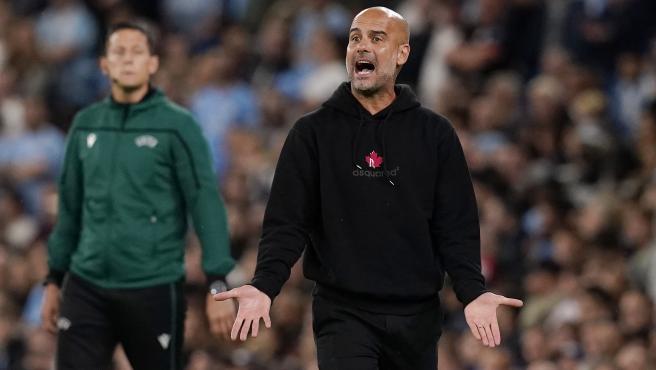 A comment from Pep Guardiola to ask for more support from the fans Manchester City It has opened a crack that, right now, seems difficult to close. The Catalan coach complained that the field was not filled, which has led to him being known as the ‘Emptyhad’ (pun on ’empty’) Stadium.

“I would like more people to come to the next game on Saturday. We will need people next Saturday, please, because we are tired, I know. It will be a tough game and they are very good and it will be an important match for us. That’s why I invite all our people to come next Saturday at 3 in the afternoon and watch the game, “Guardiola asked after the match between City and Madrid. RB Leipzig, which ended with a resounding 6-3 in favor of the ‘skyblue’.

These words felt very bad among the City fans, who in the mouth of Kevin Parker, general secretary of the official fan club, recriminated him. “He does not understand the problems of some people to go to a match at the Etihad at 8pm. They have children, they may not have money to pay the entrance, there are still problems with Covid-19 … I don’t know why it says so, “he said, before recalling his position.

“He is the best coach in the world and should stick to training. With this cover what was a good night. Now people talk more about Pep’s comments than about a fantastic game. Questioning the support, which is what he is doing, is disappointing, “he criticized.

A few days later, and after a huge media storm for this situation, Guardiola not only has not apologized but has reaffirmed himself. In the previous match that will face them Southampton, the Spanish coach reiterated his opinion.

“I’m not going to apologize for what I said. It’s not the first time in my career, I said it in Barcelona and at Bayern. When we played a tough game like Leipzig and we played three games later, I know how difficult it is to ask for it again. What I said was that we need the support, no matter how many people come, but I invite you to come and enjoy the game because we need the support“he insisted.

To try to calm things down, he set an example for other big teams in Europe, including his beloved Barcelona. “I don’t want to be like United, Liverpool, Bayern, Barcelona or Madrid. We are who we are. People put words in my mouth. I have no problem with fans and if I did, I would be left out. I know Southampton will be tough, as Leipzig was, so I asked people to come and help us. But these guys (the press) don’t understand my comments, and I’m here to defend what I said, “he repeated.