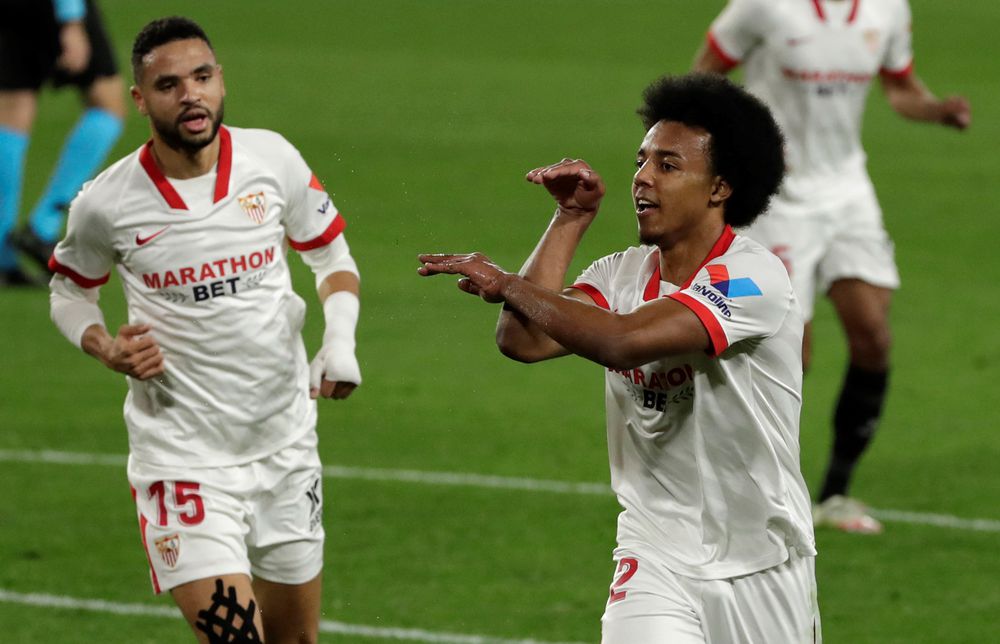 The Cup is also played as Sevilla wants. Right now there is hardly a team more prepared to play any game against any rival and regardless of the tournament in dispute than Lopetegui’s. Nobody has been able to beat Bono in the Cup. Neither has Barça. That brave and passionate team, used to coming back, surviving in extreme situations, gave in to the wall of Nervión. Not even Messi knew how to score a goal after the Barcelona players gave the Pizjuán game a hundred laps.

Although in terms of football they were better than in previous games, Barça charged with two difficult goals to overcome in the second leg at Camp Nou. Sevilla understands that they are facing the opportunity of a lifetime and play with the faith and confidence of the winners, concentrated and effective, without concessions, luckier and on a roll than Koeman’s patched Barcelona. He had two occasions and was referred more to the scoreboard than the game when he left the court to the astonishment of Barça.

Perhaps because the defense was hopeless, with Piqué, Araujo, Dest and Sergi Roberto absent, Koeman tried to make the fate of the match depend on his best midfielders and forwards, a plan that involved keeping De Jong as an insider. It was necessary to attack very well to avoid having to notice such a fragile and surprising defense that Junior formed as the right-back and Umtiti and Mingueza as centrals. While Lenglet warmed up the bench, expendable for Koeman.

Although Sevilla also lacked the starting full-backs (Navas and Acuña) and their unbalancing footballer (Ocampos), their individualities weigh less than Barça because Lopetegui has such a deep squad that he always ends up building a competitive and solvent team, very well organized and physically strong, difficult to beat and, at the same time, unbalanced by the presence of talented players like Suso and Papu. Or auctioneers of the stature of En-Nesyri.

Nothing is improvised at Sevilla while Barça has gotten used to acting on the fly, conditioned by circumstances and pending Messi’s form point Around the 10th, the Catalans bravely stretched from the center, better in the pressure than in the making, just like Sevilla. The two teams were pressing up, more associative that of Koeman and direct that of Lopetegui, both very even in LaLiga and the Cup.

Supported by the deployment of Dembélé, lateral or winger depending on the location of the game, and by the interventionism of De Jong, very aware of the exit of the ball, Barça came closer and better in a slow game and that for a moment He was at the mercy of Messi’s foot, enabled by Griezmann. Bono then intervened with his foot to reject the shot of 10. The shots were scarce because there was little risk, the players fearful of making a mistake, needing the match of brave men like Koundé.

The center-back broke lines as a midfielder from the dividing line with a leadership that no one dared to interrupt, not Busquets and even less Umtiti, and fired across the cross like a good striker at Ter Stegen’s right post. Barça lacked defensive instinct after a notable effort to control the match, more patient than ambitious, well tamed by the omnipresent Jordan team. Barcelona was scared with the goal and Sevilla had more hierarchy and office, master of Pizjuán.

Sevilla played and accelerated and Barcelona obeyed. The Catalans, lacking precision and very flat, could not find a way to penetrate the opposite area despite the good footing of Umtiti, but they could not close the interior corridors generated by the football of Jordán and Koundé. Messi came into play little, Dembélé did not overflow and when a Barcelona forward reached a shooting position by surprise, the blocking of the exuberant Koundé or the hand of Bono appeared.

Barça progressively risked, more intimidating and also more vulnerable, exposed to the transitions of Seville. The Barça charge was continuous, the ball did not leave the Andalusian court and Lopetegui did not stop changing players before Koeman’s gaze. However, the Catalans did not succeed in the last pass, baroque in the game, and the chances were rare, less clear than the only one that Sevilla had. Rakitic started alone from the divide after Umtiti broke the offside and made it 2-0. A painful result for the Catalans if you take into account their effort, sterile from Ter Stegen to Messi, denied by a ruthless Sevilla.