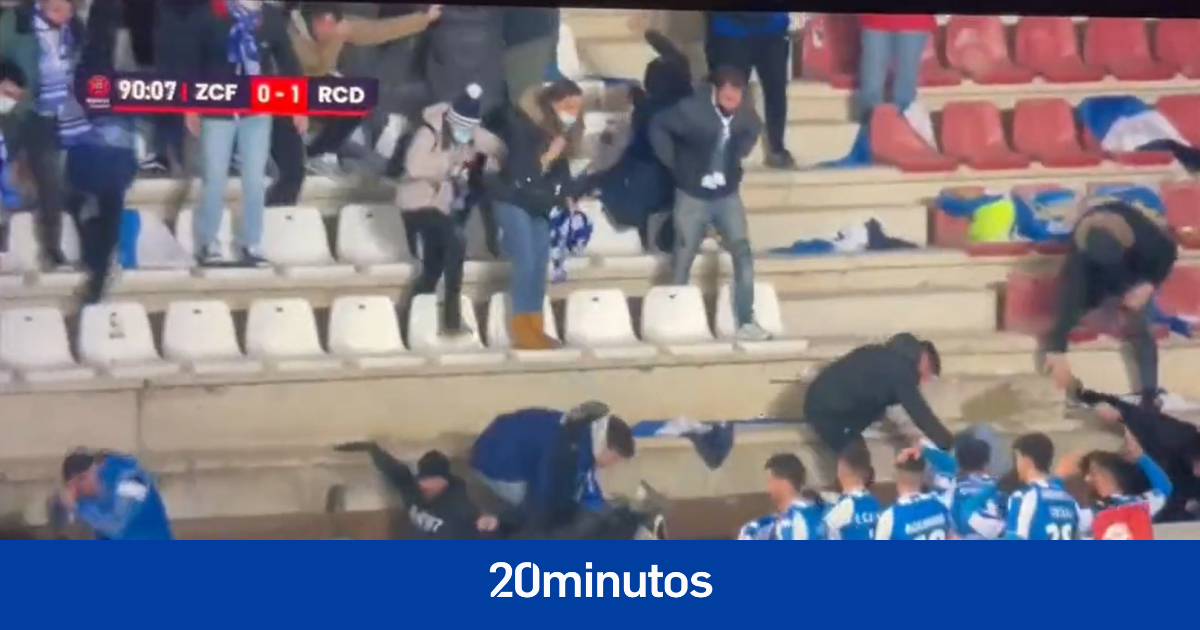 A field fence Zamorathe Silver Routeyielded in the match between Sports and the Castilian team when the fans of the Galician team celebrated the goal (0-1) that gave them the victory in the match of the twentieth day of the First RFEF and one of the followers had to be evacuated to a hospital in the town of Zamorasources from the blue and white club reported.

Alberto Quiles scored the goal for the Galician team and the players went to celebrate where the fans were. At that moment, the fence gave way and numerous supporters fell.

Scare in the Ruta de la Plata when the fence of the visitor’s stand gave way in Dépor’s goal. Speedy recovery to injured fans 🙏 pic.twitter.com/Qup7HNCKv5

Members of the Red Cross They attended to the Deportivo fans and, at the end of the match, the players and the coaching staff of the A Coruña team approached that area to inquire about the injured.

According to the communication director of Deportivo, one of the followers had to be transferred by an ambulance to a hospital in Zamora due to a broken leg.

Other followers had minor injuries to the face and other parts of the body and, fortunately, there were no more serious injuries.