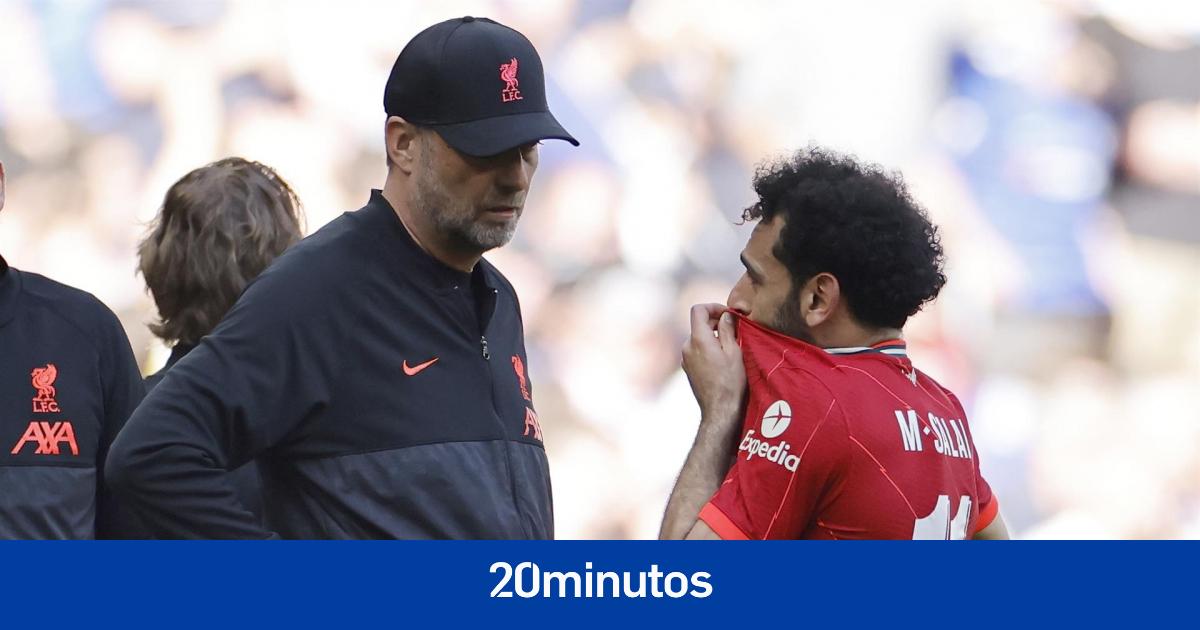 Mohammed Salah withdrew injured from the FA Cup final between Liverpool and Chelsea after half an hour, with an apparent physical problem in the groin.

The Egyptian suffered the injury 14 days from Champions League Final against Real Madrid in Paris. The footballer was replaced by Diogo Jota.

Salah’s problem appeared to be in his groin and he was able to leave the field on his own feetescorted by the assists, who continued to be interested in the player’s condition once he reached the bench.

Salah, 29, he has played 48 games this season with Liverpool, in which he has scored 30 goalsin addition to having played all seven games of the African Cup of Nations between December and January.

The attacker has expressed his desire to face Real Madrid since before the whites eliminated the Manchester City in the semifinals, due to the desire for revenge for the lost final in 2018. Liverpool not only lost that Champions League, but Salah had little influence on it due to an injury in the first half in a set with Sergio Ramos.