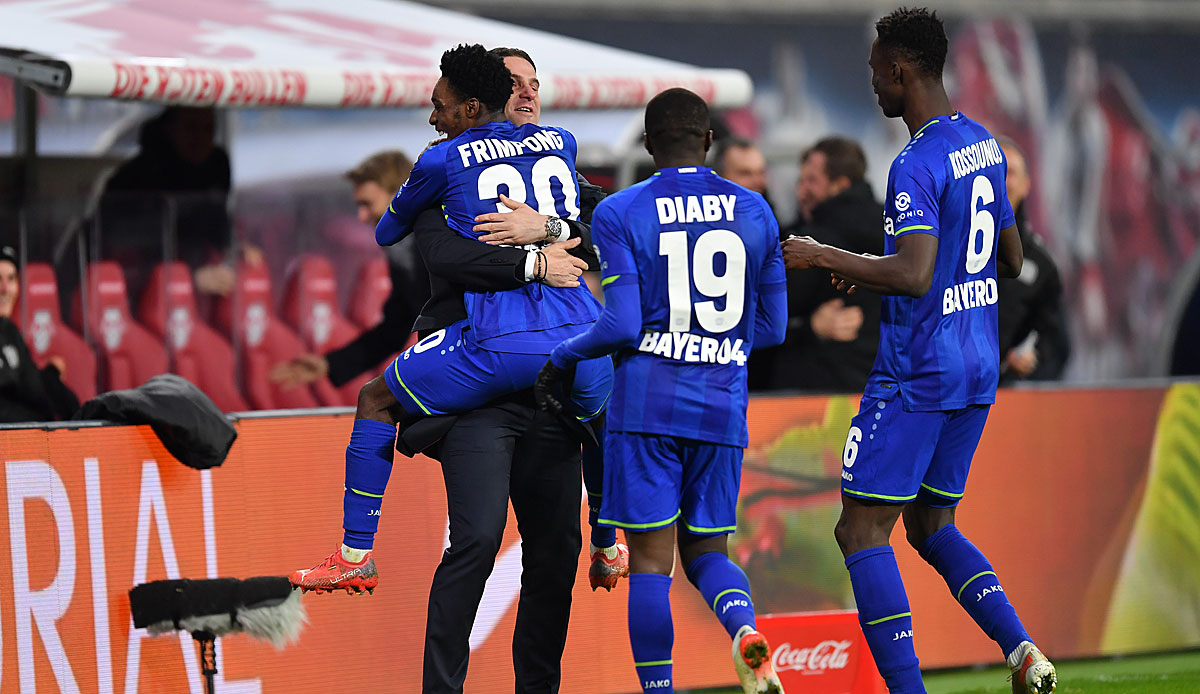 RB Leipzig suffered a setback in the 1: 3 against Bayer Leverkusen without the support of their fans. The guests improved to third place.

Here you can read the live ticker Leipzig vs. Leverkusen.

The players from RB Leipzig were deeply disappointed on the lawn of the empty arena. With the return of the ghost games in the Bundesliga, the runner-up suffered the next setback in the fight for international places. “It’s tough. We couldn’t control the game and didn’t create enough clear chances,” said goal scorer Andre Silva at DAZN after the 1: 3 (0: 2) at the end of the 13th matchday against Bayer Leverkusen.

Enormous fluctuations in performance remain Leipzig’s major shortcoming in the current season. Four days after the club record victory in the European Cup, RB missed the chance to overtake direct competitor Leverkusen in the Bundesliga and are only eighth.

Bayer improved to third place with their seventh win of the season and is on course for the Champions League. “That was another small step forward that gave us more confidence,” said central defender Jonathan Tah: “We shouldn’t look at the table now.”

Leverkusen withdrew further after the break

Because of the rapidly increasing corona numbers, the Saxon state government had, among other things, imposed a ban on spectators for professional sport. The measure applies at least until December 12th. “We are brutally lacking the emotionality of the fans,” said RB Managing Director Oliver Mintzlaff before kick-off: “Of course, it is a major disadvantage in terms of sport and economy.”

RB is also acutely affected by the pandemic in the team. Coach Jesse Marsch was again represented on the sidelines by assistant coach Achim Beierlorzer because of a positive test. Willi Orban, Yussuf Poulsen, Hugo Novoa and Mohamed Simakan are also affected by the players. Even captain and goalkeeper Peter Gulacsi was still missing after his findings last Tuesday.

The fact that Leipzig is capable of reacting defiantly despite the adverse circumstances was proven by the team during the week in the outstanding Champions League victory at Club Bruges (5-0). Leipzig wanted to improve against Bayer.