Quotes on the 34th match day of the Bundesliga: "I don't think I need to think anymore" Skip to content 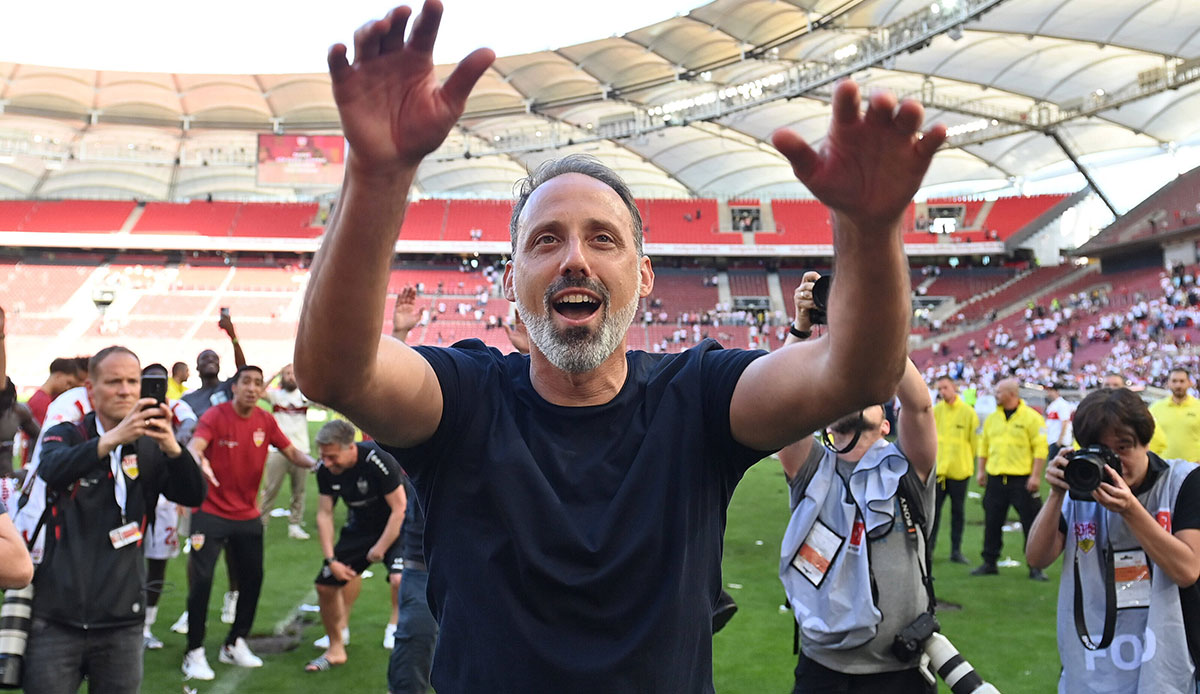 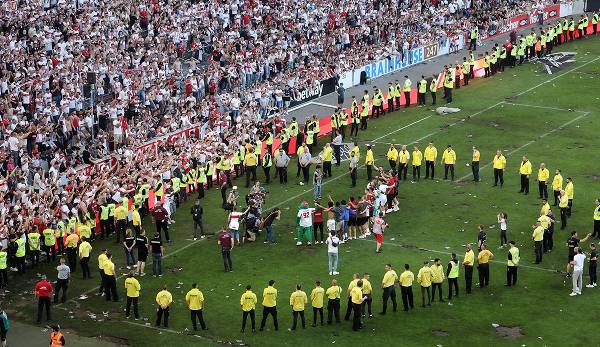 Lots of emotions and tears after the 34th and final day of the Bundesliga. While pure ecstasy reigned at VfB Stuttgart, Markus Weinzierl settled accounts with FC Augsburg. Christian Streich talks about endorphins and Max Kruse is looking forward to his vacation. The votes on the Bundesliga.

Florian Kohfeldt (coach VfL Wolfsburg): “After a disappointing season, it was a decent to good end. In the second half we played a really great game for a long time. In the end we weren’t quite able to maintain our level, but winning the point wasn’t undeserved.”

Max Kruse (VfL Wolfsburg): “It was a good end to a turbulent season, which we certainly imagined differently. Of course we’re happy that it’s over and we can go on vacation.”

Julian Nagelsmann (Bayern Munich coach): “The first 45 minutes were the best in the second half of the season. In the second half we practically begged for the equalizer. There’s nothing more to say about Robert Lewandowski than that he still has a contract until 2023.”

Adi Hütter (Borussia Mönchengladbach coach): “We came to the conclusion that we would part ways amicably. Everyone will go their own way, that was my last game. We made the final decision on Friday, they were very good, respectful discussions, with strong content. We looked where the reasons are that it didn’t work out. It’s a shame, I’m sorry that we couldn’t live up to expectations. There’s not one reason for it, it’s many things. When I came here was from day one Not everything was easy, the situation with Max Eberl also hit me, then there were many injuries and tough defeats. All of that contributed to the decision. I’m the last to say: It’s not my fault. I’m responsible for sport.”

Sebastian Hoeness (TSG Hoffenheim coach): “I’m extremely disappointed and frustrated. We just gave the game away. We came here with the last squad, but I saw a team during the week that trained well and had energy. They confirmed that over 40 minutes today, but the goals conceded were sometimes difficult to explain. The result overshadows a season that was very good for two thirds of the year. We played attractive and successful football there. We now have to analyze it.”

Marco Rose (Borussia Dortmund coach): “We didn’t do so well in the first half, but then we did a lot better in the second half. Farewell to Michael Zorc and Marcel Schmelzer was much more important today, it was an extraordinary experience for me to see the south stand like that .”

… to his feelings: “It’s really difficult. It was a difficult but also a very nice day for me. I was a little afraid of it, it was like traveling back in time, with all the years flying past me. I’m incredibly grateful to our fans for everything all the years and for all the beautiful moments we had together.”

… about his highlight in all the years as a BVB fan and player: “The emotions remain, but not only when you’ve won titles. The best day was the day after, when you drove the truck around Borsigplatz three times here in Dortmund. But also in many small moments, when I met fans – You always felt such affection and I feel a lot of gratitude for that.”

Oliver Ruhnert (1. FC Union Berlin) on the mood: “I can tell you the mood: you have to pinch yourself to believe it. No expert had it on the screen and I have to honestly say that I didn’t either. People are incredibly grateful for a very long abstinence the Bundesliga. The whole club is currently in the process of gradually coming to terms with the fact that this is all no dream.”

Christopher Trimmel (Captain 1. FC Union Berlin) on the mood: “We’re all overjoyed. There were a lot of players who said goodbye against Bochum, which was very emotional. But fifth place… I can’t find the words.”

Thomas Reis (coach VfL Bochum): “You could see that we had a few personnel problems, but we didn’t complain about that either. We changed the basic structure a little bit, and it took a little while. Goals conceded come from mistakes, but it’s still too easy.”

… to stay up: “I think I don’t need to think anymore. I have such a skull after so much screaming and cheering.”