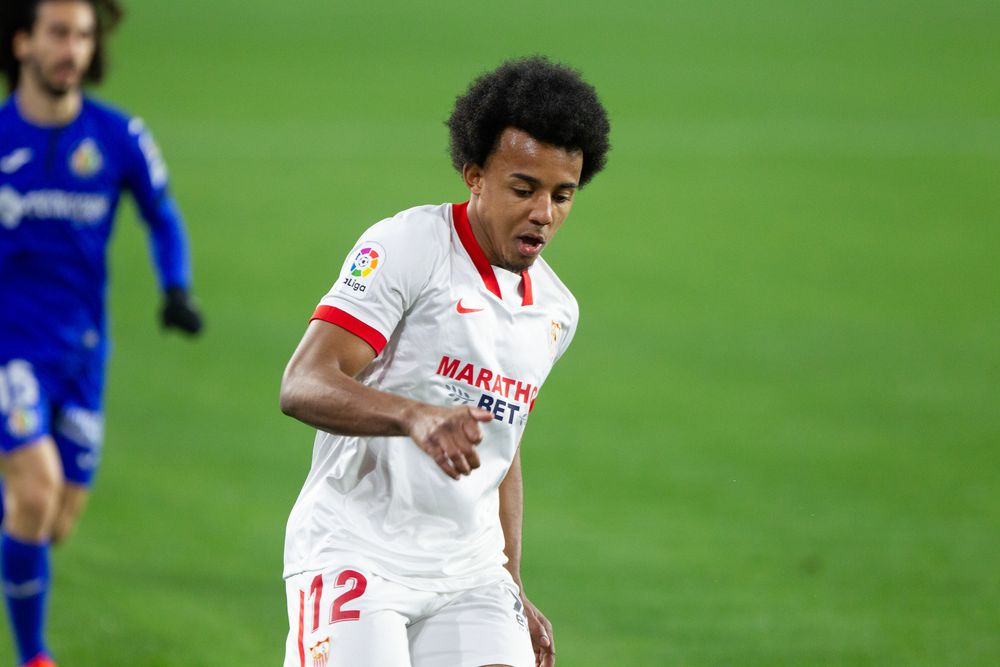 “If I had to summarize Jules Koundé in two words, I would say that he is intuitive and very complete,” says Monchi, general manager of Sevilla, who in the summer of 2019 closed the signing of a young defender from Girondins de Bordeaux for 25 million euros that he had only played 70 games in the elite. It is the most expensive signing in the history of the entity if all the variables are met. Last September, Monchi himself advised against the sale of Koundé to Manchester City, which had put on the table 55 million for the defender. With a clause of 90 million, Sevilla expects to make a big sale next summer for a 22-year-old player who does not have a ceiling in his performance.

“He is quick-minded and constantly learns,” adds the sporting director of this Sevilla who tonight is playing the first leg of the Copa semifinal against Barcelona. Koundé has only been stopped this season by the coronavirus. He has already played 29 games in all competitions and always performing well, also scoring a goal in LaLiga.

With a good foot and an excellent aerial game (he measures 1.78m), it is inevitable that comparisons will appear with footballers of the stature of Sergio Ramos, forged in the quarry of Sevilla and transferred to Madrid in the summer of 2005. Koundé reminds me of Sergio’s. It has a tremendous projection. Jules is technically very reliable and resourceful. Also, like Sergio, he has an impressive passing game “, affirms Pablo Blanco, coordinator of the lower echelons of Sevilla, which they contemplate 415 games as a defense of the first team. “Jules has an elasticity that I love,” she adds.

The data give the reason to Blanco regarding Koundé’s good passing game and his ability to pass. The Frenchman is the third LaLiga defender who has played the most aerial duels (99), after David García (Osasuna, 147) and Le Normand (Real Sociedad, 110). Of them, he won 55, being the fourth in this section, after David García, Le Normand and Siovas (Huesca). He is also the second defender with the most passes per LaLiga game (70), only surpassed by Barcelona player Jordi Alba (74). Koundé also recovers almost six balls per appointment, has created seven scoring chances and has 11 shots within the visiting area.

“Koundé is a boy who has been with us for two years. He has progressed and grown a lot and has to continue growing because of his youth, ”says Julen Lopetegui, the coach with whom Koundé has achieved a Europa League. “One of the keys that I see in his progression is that he loves his profession. In football it is very important to have conditions, as Jules has them, but it is very important to have the mentality that he has to learn and progress, ”adds the Sevilla coach.

Born in Paris, Koundé wants to continue learning and growing at Sevilla. Raised in the Girondins quarry and well trained, this lover of NBA games has decided to make his debut with the French senior team. Four times under-21 international, to which he arrived as a Sevilla player, he is not afraid of the competition: Varane, Kimpembe, Lenglet, Zouma, Laporte, Upamecano, Lucas Hernández or Konaté among others.