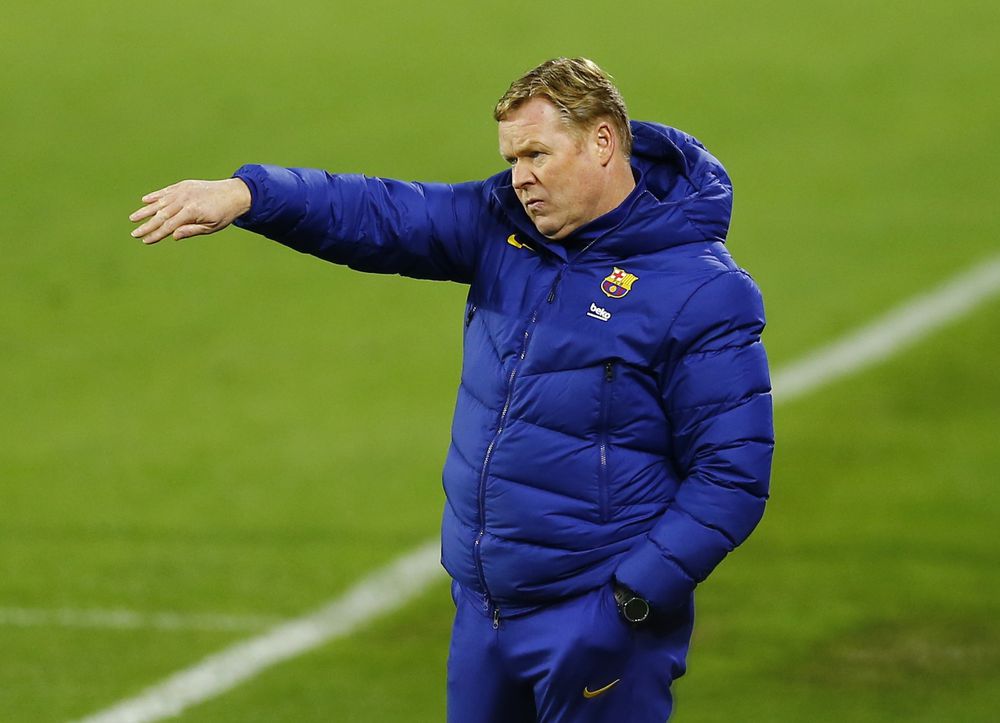 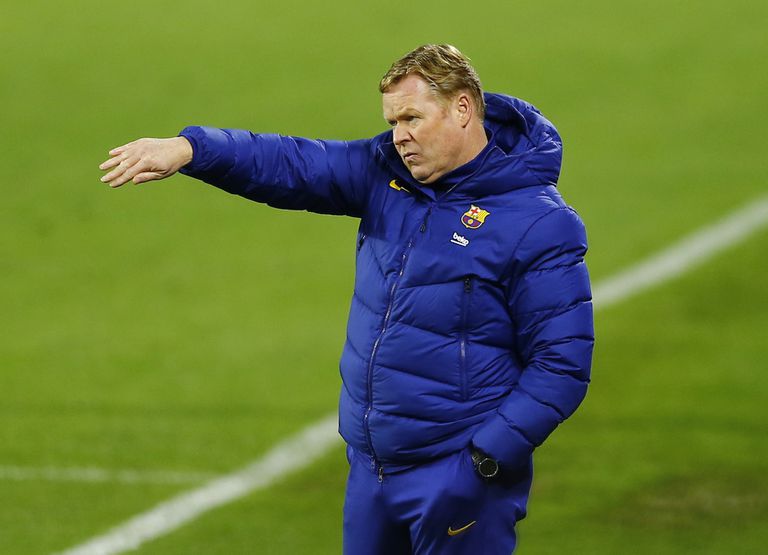 Barcelona’s coach, Ronald Koeman, was not too upset by the defeat against Sevilla in the first leg of the Cup semifinals. What’s more, the coach wrapped up his players and acknowledged the difficulty of overcoming 2-0 in the back at the Camp Nou, which will be played on March 3. “I have seen a Barça that has played well, that has done everything, that has pressed… I cannot blame the team. Now we need another game that we must try to win to play the final. The return is complicated with the 2-0 and a goal away from home is worth a lot. We had our options, but his goalkeeper and his defense were very good. We have to continue, but this Barcelona at home is capable of doing anything “, clarified the Barceloa coach, who referred to his lineup in defense:” I decided to play with Umtiti because we have few people behind us and many games. We left too much space in the first goal in midfield and the second we played offside and I don’t like that. I tell them that you have to keep running and it was a bad decision we made. With respect to Umtiti I must say that, like everyone else, he has had failures, but it is not fair to go against him because we all lose and win ”.

Koeman also referred to the refereeing by Mateu Lahoz and regretted that he did not give an alleged Suso penalty to Jordi Alba. “In general, it was good, although of course there is always the doubt about the penalty play. Everyone has told me that it is a penalty, but not only the people of Barcelona. I do not know why the VAR has not entered to assess the play. They have made quite a few fouls, clever fouls that are cards, but they have defended well and it’s a great team ”, the Dutch coach said.

“At home we are capable of doing anything. The boys were very good and I saw no reason to change them. I did not see the team very tired, because we pressed until the last second of the game. I am very happy with the team. I am impressed by the wear and tear this team has done in the game. With the trips we have taken and games… ”, said the coach, who saw no problems in the withdrawal of his team with respect to the duel against PSG. “I don’t think that happened. It is a game that we will think about. We have won many games since January and it is true that I would change this one for others because it is a semi-final, but there are 90 minutes to play yet, “Koeman concluded.

“We are still in the halftime of this tie. We haven’t done anything yet and we have to close the pass to the final at the Camp Nou. But we have already forgotten this game and we are focused on the clash against Huesca. The mentality that we have in this team is to go game by game ”, said, for his part, Julen Lopetegui. “They have the best player in the world and it is normal that they create chances for us. They had their options, but we played a great game, which is now forgotten and we are focusing on the clash against Huesca, ”reaffirmed a cautious Lopetegui.

“It is a bad result, but there is still a match and a tie. We have shown this season that this team is very strong mentally and we are going to see what happens on the return leg, but we believe that we can come back and Barça fans can be sure that we will give everything to try ”, said De Jong, who could not display your quality as in previous games. “It was a very difficult game, especially in the first half and it is possible that we were not awarded a penalty,” added the Dutch midfielder.

“Everything has gone wrong. They had superiority in the middle and we have not been able to counteract it. Yes, Leo’s first chance made us get up, but then Sevilla immediately scored on us and we didn’t know how to turn it around, ”said Pedri, who referred to Alba and Suso’s play. “I don’t know if it’s a penalty for Alba. The VAR is the one that decides. There are 90 minutes left, which are very long and give time for a lot. In three minutes we did what we did against Granada and I think there is still a lot of game to go, “said Pedri.

“Clean sheets is important and we played a complete game. We played a very good first half and in the second we suffered more because we lost a lot of balls and they were more connected. But we didn’t fit in and we scored the second, ”said Koundé, who scored the first goal for Sevilla. “This result is everyone’s job. Everyone knows well the plan that the coach asks of us. It went well, we covered on the inside, which is where they like to combine with Messi, but the turn is left and this has not yet been done “, added the Frenchman, who referred to his goal:” At the beginning of the action I lose the ball , but Fernando blocks me and allows me to recover it. Then I dribble and finish well. It is a shot that I like to practice because I know that I can reach that attacking zone in games ”.