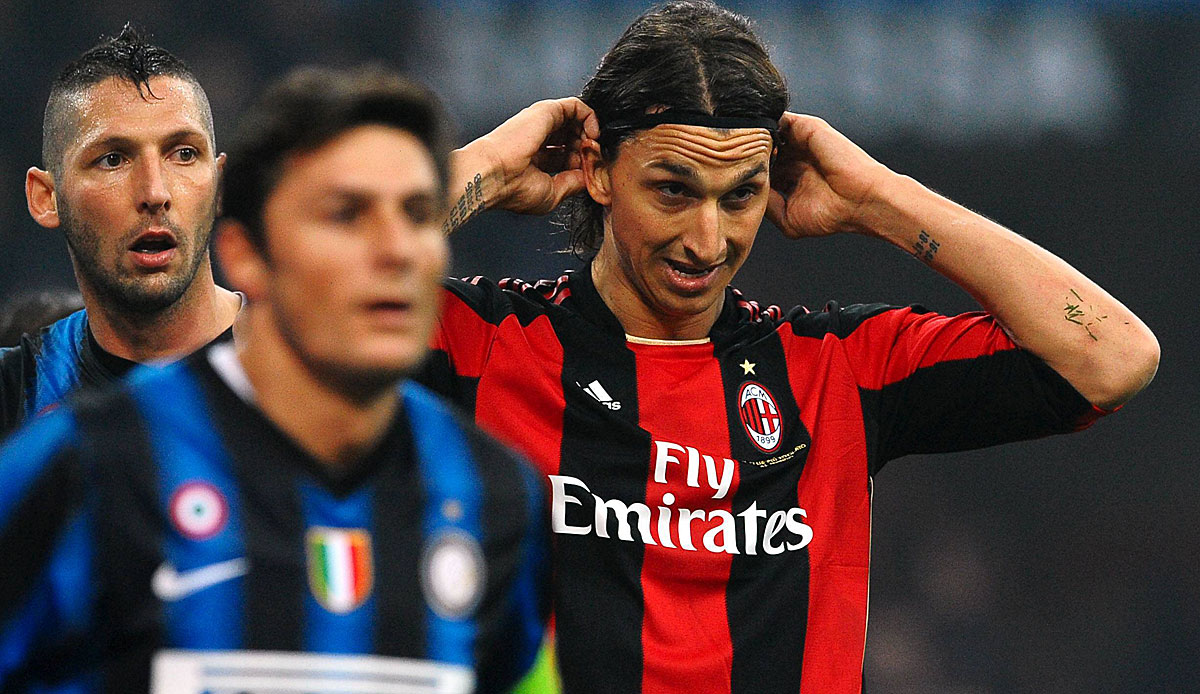 A bad foul by Marco Materazzi lay in Zlatan Ibrahimovic’s stomach for years. But at some point he was able to take revenge.

It is actually hard to imagine that Zlatan Ibrahimovic could hold back for three years. From 2006 to 2009, the star striker trained day in and day out with Marco Materazzi at Inter Milan. He probably suppressed the thirst for revenge, which he must have felt in the face of the Italian defender and world champion of 2006. After all, he didn’t want any trouble within the team.

What happened? It all started on October 2, 2005. Ibrahimovic, then in the service of Juventus Turin, faced arch-rivals Inter for Materazzi in the Derby d’Italia with the Bianconeri. “He went into a duel like a killer and injured me,” the Swede recalled in the Italian edition of the magazine at the end of last year GQ. “He was a tough football player, that’s okay. But there are two ways to play hard. One of them is to injure you. Maldini (Milan legend, Paolo, editor) was tough too, but with another goal. “

Juve were already leading 2-0 at the time of Materazzi’s nasty foul, shortly before the break, and that’s how the game should end. Ibrahimovic had to limp off the pitch, but wanted to continue playing. “Capello (former Juve coach, Fabio, d. Red.) Said: ‘I’ll change you.’ I said, ‘No, I’ll keep going,’ “says Ibra. He had only one goal: Back on the lawn, “to be able to take revenge on Matrix (Materazzi, ed.). If someone does something like that to me, I won’t forget.”

The pain put the now 38-year-old, who has been under contract with AC Milan for a second time since the beginning of 2020, a spanner in the works. “After two minutes, I was in too much pain to continue playing.”

Ibrahimovic: At Inter, a Materazzi team-mate for three years

After a year at FC Barcelona in the 2009/10 season, Ibrahimovic returned to Italy and joined Inter’s city rivals AC Milan. And of course he hadn’t forgotten his postponed mission with Materazzi.

The big hour should strike in mid-November 2010. City derby, Inter against Milan, Ibrahimovic against his former club. “Everyone was against me. It’s okay, that motivates me,” he recalled. “But it’s not good when you have no control. You lose your head and do something stupid. I got a penalty and who fouled me? Materazzi. 1-0 Milan.”

He could have left it at that form of satisfaction. Especially since, what he couldn’t know yet, it was to be the only goal that evening in the San Siro. But if Zlatan Ibrahimovic has set out to do something, then that’s exactly how he pulls it off.

“Matrix came up to me in the second half and I met him with a taekwondo move,” he says, explaining how he was ultimately able to put his plans for revenge into practice. “I sent him to the hospital.” Materazzi demanded a dismissal against Zlatan, but that did not materialize and his former teammate was allowed to continue.

Later, Inters asked Dejan Stankovic, who knew Ibrahimovic well from the time they were together with the Nerazzurri, to the then 29-year-old what he thought when he kicked Materazzi. “I replied: ‘I’ve been waiting for this moment for four years. That’s why!’ Then I left. Everything will take its revenge at some point. Milan won and it was a good moment, “said Ibrahimovic.

The table of the series A