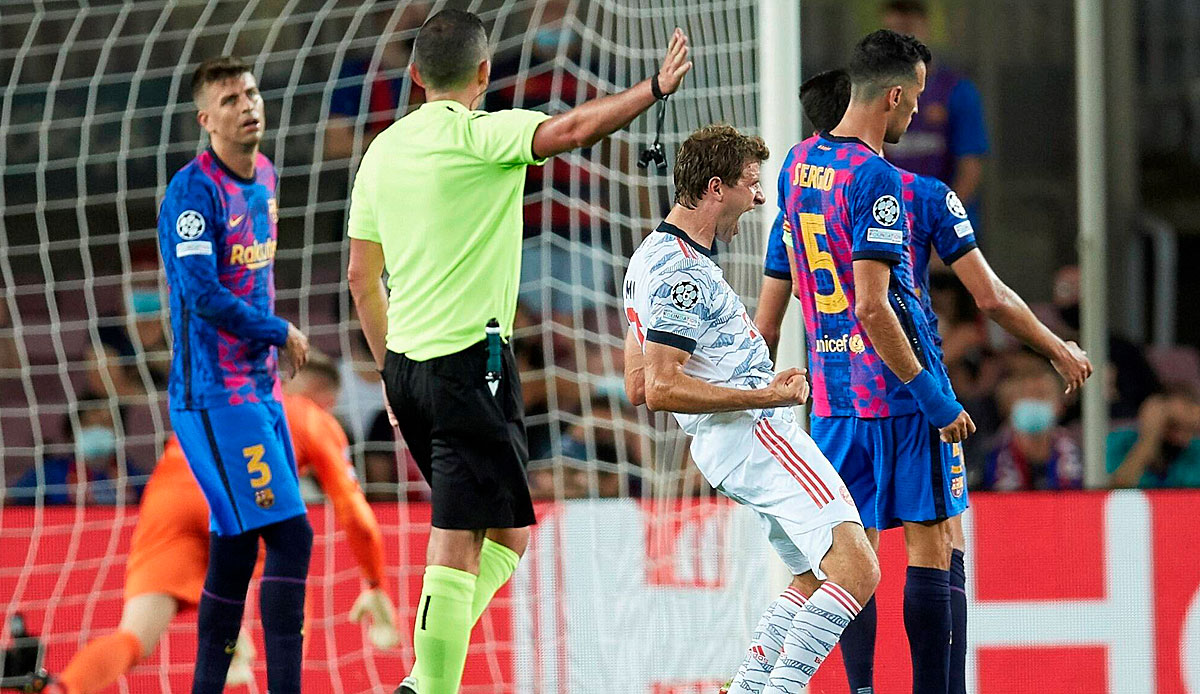 FC Bayern outclassed FC Barcelona at the start of the new Champions League season. For the Catalans, the 3-0 defeat in their own stadium is the final proof that they have moved away from the European elite. Three theses on the game.

Bayern were so superior that they could have competed at Camp Nou without a goalkeeper (click here for the analysis). Barca’s attackers – whether the recently highly praised Memphis Depay or the ex-Gladbacher Luuk de Jong, who was signed to replace Antoine Griezmann shortly before the transfer deadline – barely managed to penetrate the opponent’s penalty area and create something like half-chances. Manuel Neuer didn’t have to fend off a single shot at his goal.

“Poor Barca” was the headline of the Madrid sports newspaper Marcawhile the Catalan sheet Sports wrote of an “oath of revelation” and on the nightly television broadcast El Chiringuito in the loop the word “impotencia”, fainting, was mentioned.

The Barca fans in the stadium acknowledged the sluggish performance first with loud whistles and later with a huge portion of malice by turning their backs on the pitch and applauding every simple five-meter pass of the men in blue and red shortly before the end. Joan Laporta, the president of the Catalans, didn’t think it was funny and held a crisis meeting in the stadium until late at night. Coach Ronald Koeman admitted contrite: “There is a clear difference in quality between us and FC Bayern.”

An even more serious difference than in the historic 8-2 victory for Bayern a little more than a year ago in Lisbon. There the Cules didn’t misunderstand their own identity so much, they tried to actively play forward and, in addition to their two hits, at least worked out one or the other closing opportunity. The fact that there was no similarly clear score on the scoreboard on Tuesday evening was primarily due to the less efficient Bavarians, who in retrospect were almost annoyed about their expandable chances.

And you don’t have to be a prophet to predict that the rest of the tasks in Group E will not be a sure-fire success for the Koeman team. The Catalans are facing difficult weeks, months and probably years – the result of permanent mismanagement and bad decisions at all levels.