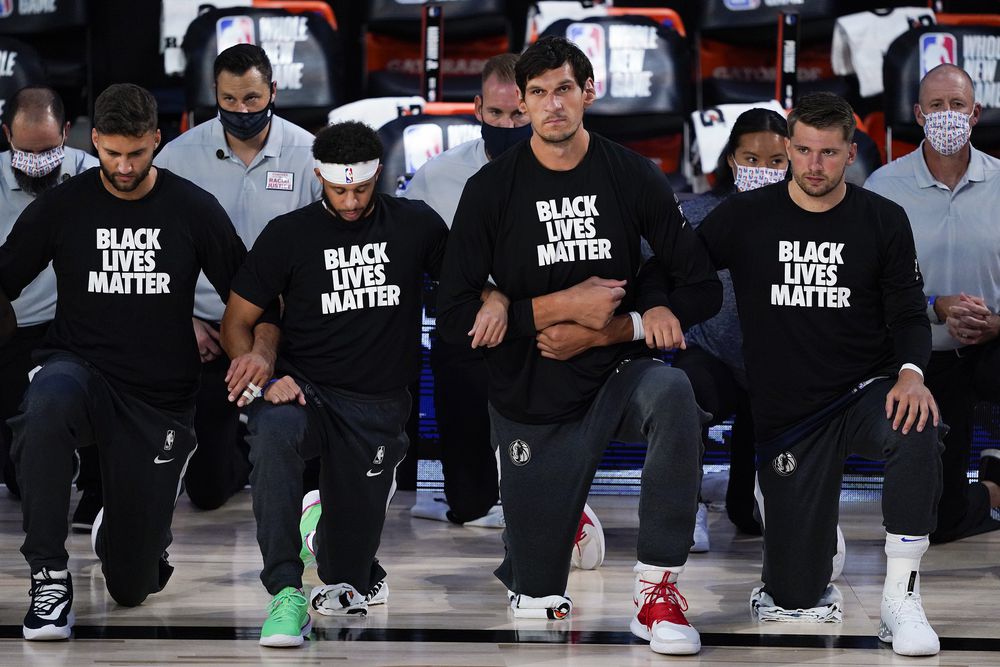 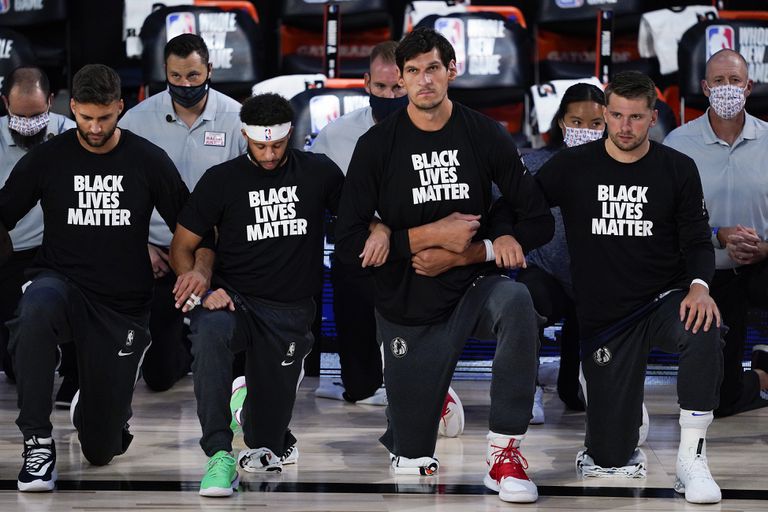 One of the common points in the major leagues of professional sports in the United States is that, in the run-up to all games, players and the public take a break to listen to the interpretation of the national anthem standing. The Dallas Mavericks, however, have become the exception. Since the NBA began in December, the anthem has not been heard at the American Airlines Center. The fact had gone unnoticed until now.

Mark Cuban, the franchise owner, has declined to explain a decision he made after consulting with Adam Silver, the NBA commissioner. The Mavericks did not announce the change, but the anthem has not been played in any of the 13 preseason and season games that have been played at their pavilion since December. The games had been played behind closed doors until Monday. That day, on the occasion of the Minnesota visit, a small number of spectators were allowed in.

The NBA rule book requires players to hear the anthem standing up. However, Silver did not enforce that rule, broken by almost all players and coaches when they made the decision to protest against social injustice and racism by listening to the anthem with one knee on the ground. That happened at the end of last season, when the League rebooted in the Disney World bubble in Orlando as of July 30. The league and most players expressed their support for the Black Lives Matter movement, especially after George Floyd’s death on May 25, suffocated by a policeman, during a brutal arrest in Minneapolis.

“I recognize that this is a very emotional issue in America right now, and I think it requires real commitment rather than enforcing the rules,” Silver said during a news conference in December.

Cuban, in an interview with ESPN in June, expressed his support for the players who knelt during the national anthem as a form of protest. “If they would kneel down and be respectful, I would be proud of them. I wish I would join them, ”he said. And he added that he hoped the League would allow the players to do what they agreed to in that regard: “Whether they raise their arms in the air, kneel, whatever it is, I don’t think it’s a matter of respect or disrespect for the flag or anthem of our country. I think this is more a reflection of our players’ commitment to this country and the fact that it is so important to them that they are willing to say what is in their heart and do what they think is right.

In 2017, Cuban expressed a different opinion after then-President Donald Trump criticized NFL players who knelt during the anthem to protest against social injustice and police brutality. “This is America and I am proud of the people who speak civilly. That’s what we are as a country, ”Cuban said then. “I will be standing there with my hand over my heart. I think the players will be [de pie]. I hope they are ”. Three years later, as the Black Lives Matter movement continued to grow, Cuban explained what changed his mindset. “We have learned a lot since 2017. We have evolved as a country. And this is truly a unique moment in time that we can grow as a society, we can grow as a country and be much more inclusive and much more aware of the challenges that minority communities face. So I’ll be with our players, whatever they decide to do. When they do what they feel, it shows who they are and they want this country to move forward. When it comes to race relations, it’s a beautiful thing and I’ll be proud of it. “