"Complete chaos": When Carlos Tevez refused to come on as a substitute against Bayern Skip to content 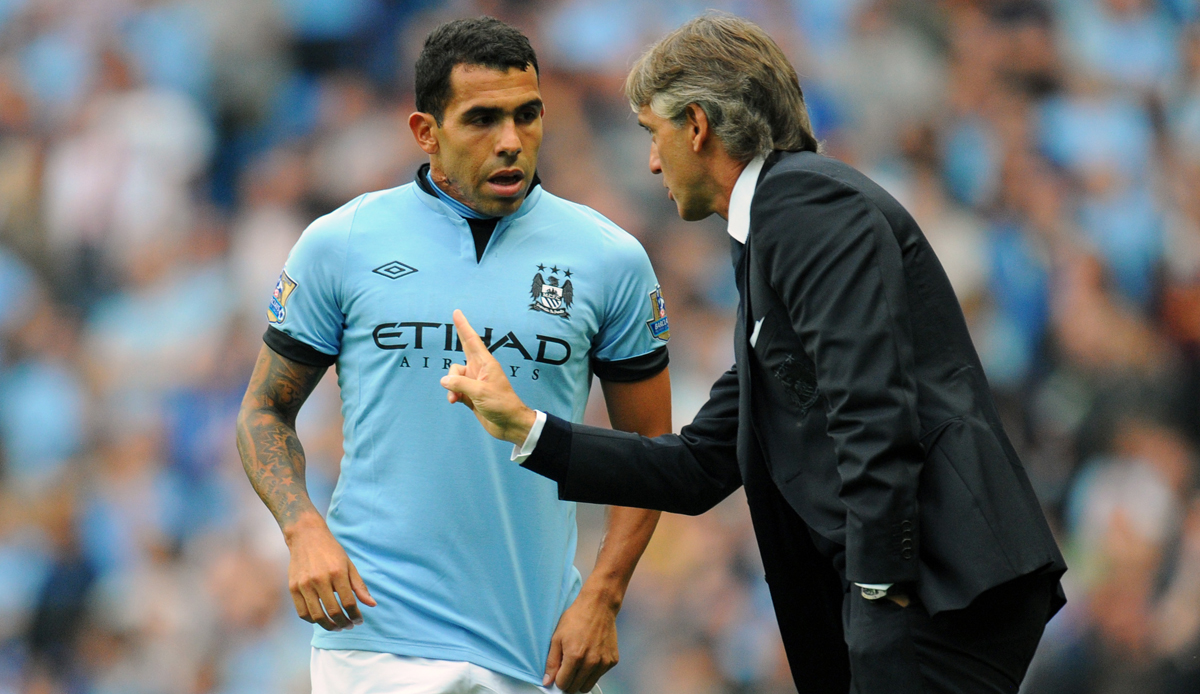 Carlos Tevez was suspended by Manchester City for several months in the 2011/12 season. The reason for this was a refusal to come on as a substitute in the Champions League game against FC Bayern Munich.

In 2012, Manchester City celebrated their first Premier League title since 1968. Argentinian star striker Carlos Tevez, who had been one of the best players in the Skyblues in previous years, also played a part in this championship title, but only played 13 league games in the championship year. However, this small number is not due to injury problems, but to a refusal to come on as a substitute against FC Bayern Munich.

On the second day of the Champions League group stage, Man City made a guest appearance at FC Bayern Munich. Carlos Tevez only started once in the first six games in the Premier League, and the Argentinian only came on as a substitute in the premier class opener against SSC Napoli. Tevez lost his regular place to Edin Dzeko and Sergio Aguero – and he also had to sit on the substitutes’ bench in the Allianz Arena for the time being.

He didn’t sit there for long, however, as City coach Roberto Mancini sent him on to warm up from the 35th minute, Tevez had to watch from the outside as his team-mates were 2-0 down at half-time after a brace from Mario Gomez.

“Bavaria were far superior to us,” Tevez recalled ten years later CITY+-Manchester City channel, stating: “I warmed up for ten minutes until the end of the first half. I continued to warm up at half time and when the second half started.”

Tevez refuses to come on after dispute with Mancini

Mancini and Tevez then started arguing: “It was back and forth between us from there. A little bit in English, a little bit in Spanish, a little bit in Italian. It was complete chaos. I think there were words misunderstood.” The striker was suspended after this altercation. “If it’s up to me, he’s out. If we want to improve as a team, Carlos can’t play with us,” Mancini said after the game.

Tevez then spent his time in his native Argentina, a change in the winter transfer window failed. However, Tevez returned to training with Manchester City in February. “I came back and apologized for the mistake I made at that moment,” Tevez said. At the end of March 2012, the attacker made his comeback against Chelsea and played a key role in winning the championship in the weeks that followed.

Looking back, Tevez says: “I came back, we both apologized and later we won the Premier League title. Our relationship has always been a good one.” Even if it looked very different that one evening in Munich.