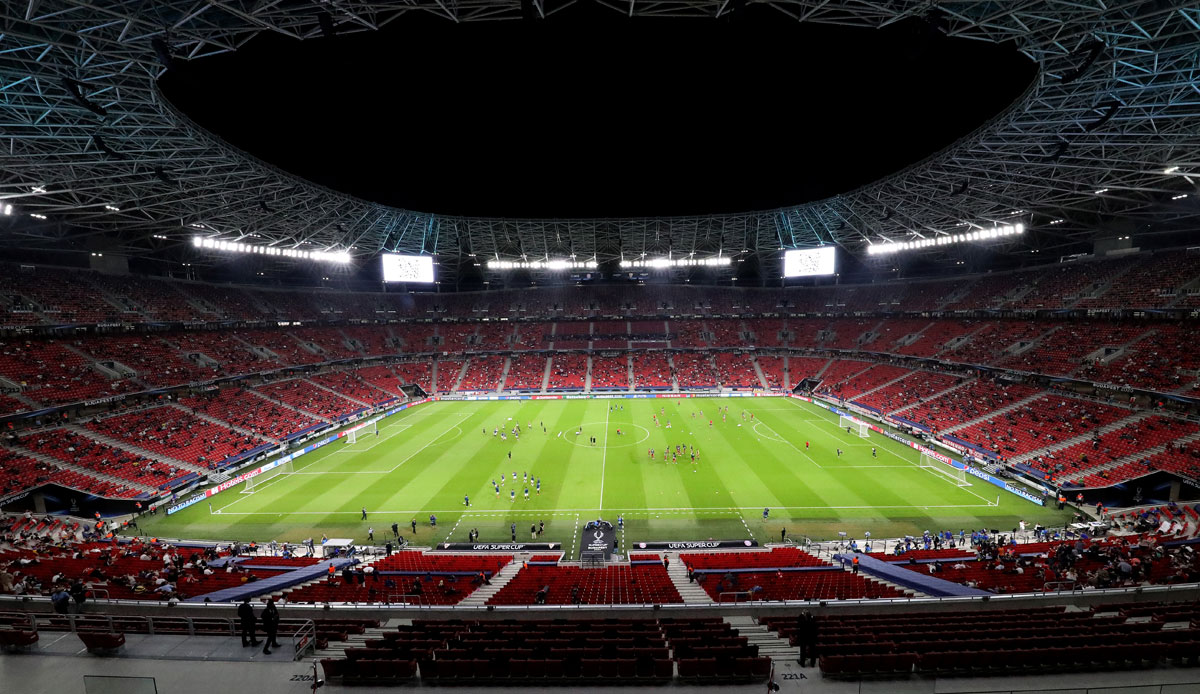 RB Leipzig and Borussia Mönchengladbach are criticized for relocating their Champions League home games to Budapest. For months now, politicians have neglected to provide clear, transnational rules. Only UEFA gives an even sadder picture. A comment.

Even if the incidence values ​​in Germany have now fallen to the level of mid-October, when the Bundesliga stadiums were still filled with thousands of fans, football continues to have a difficult time in the pandemic. As before, many people cannot understand why the professionals continue to be “business as usual”, while the vast majority have to endure massive restrictions.

The questionable change of location in the upcoming European Cup matches has a negative effect on the already scratched image. The absurdity of RB Leipzig and Borussia Mönchengladbach now having to play their Champions League home games against Liverpool and Manchester City in Budapest, around 800 and 1200 kilometers away respectively, is hard to beat. The same applies to TSG Hoffenheim, whose away game against Molde FK from Norway is now taking place in Villarreal, Spain.

The criticism from politics, expected from chief critic Karl Lauterbach, but also from SPD general secretary Lars Klingbeil, who spoke on breakfast television of the loss of reality of football and a bad signal, has an almost reflexive effect.

It is not up to the clubs, but to the authorities subordinate to politics and, above all, the UEFA, which is responsible for the competition, to ensure clear rules.

Instead of making Sunday speeches, politics should act better – Klingbeil not only has a good connection to the league association as a member of the DFL task force “Future Professional Football”, but his party is known to be in the federal government and in numerous state governments. But as long as you allow games to run for at least partly good reasons (hygiene concept, workplaces, etc.), you can simply save yourself cheap appeals to a bad conscience.

Especially since it is the health authorities subordinate to the state governments that have so far largely ignored the requirements for athletes who have returned from high-risk countries. The Federal Foreign Ministry has identified the Emirate of Qatar, where FC Bayern is currently spending a week for the Club World Cup, as a risk area. But instead of having to be in quarantine for ten days after their return like every other traveler, the Munich team want and will play against Arminia Bielefeld four days after the final on Monday.

And even the supposedly consistent enforcement of entry bans for the clubs from Liverpool and Manchester is above all symbolic politics. Or does someone really believe that with a short-term journey by Learjet and the shielding in the familiar bubble of one of the team members who are tested for Covid-19 almost daily, the British corona mutation will be introduced into Germany?

Much greater is the probability that the mutant will be introduced by the Bundesliga clubs on their return from Hungary or the hotspot Spain (7-day incidence over 400) – or at the latest after the return matches in England. On top of that, it is unfair to attribute responsibility to the clubs, because if they had withdrawn, they would not only have high losses in income but also severe penalties.

It wouldn’t have harmed the tension and attractiveness, and certainly not the image and health of those involved. Instead, a chance was wasted primarily out of economic interests – again.