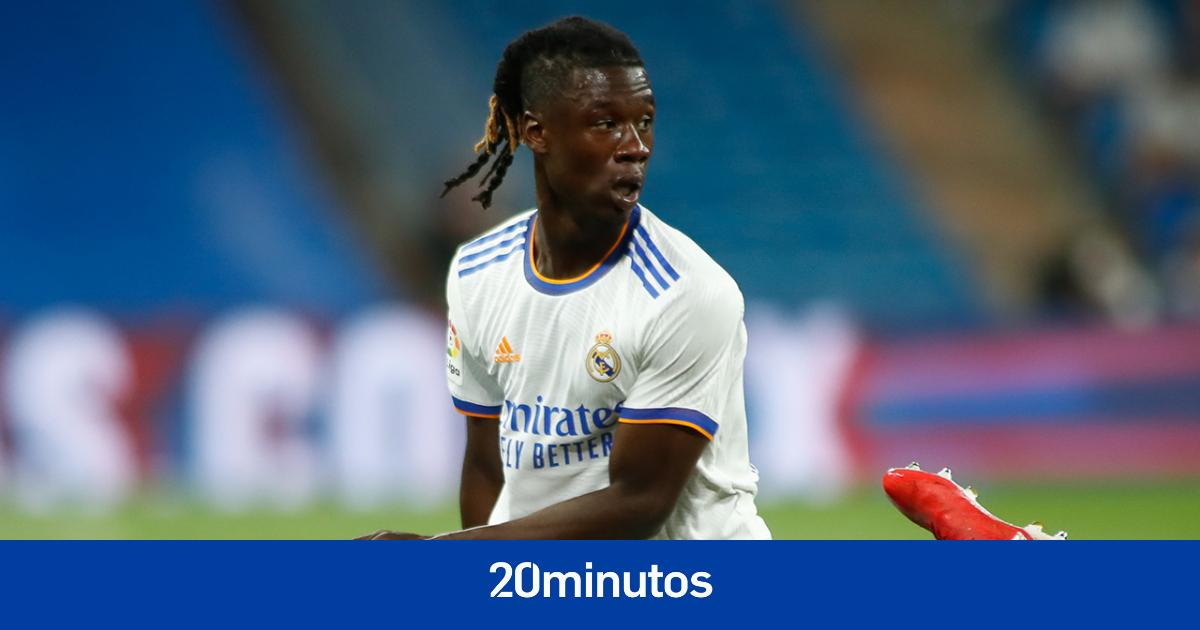 Eduardo Camavinga has had a year of privileged learning in the real Madrid alongside midfielders like Luka modric, Tony Kroos either Casemiroin his first season in the team that has won the Spanish League and reached the Champions League final.

In a long interview published this Saturday by the newspaper L’Equipe, the young man from 19 years who nine months ago became the unexpected reinforcement of the white team discovers how his integration into the locker room was and how he perceives the game in “the biggest club in the world”.

First of all, he highlights how well he was received by the stars despite his youth (he was 18 when he arrived): “Honestly, everyone has made me feel comfortablewithout exception,” he says.

“It’s really lucky to learn alongside these players,” he says, especially from his teammates in midfield. “Luka has instinct, vision. It is not Ballon d’Or by chance (…) He attacks as well as defends, and I take inspiration from the way he moves.”

“Toni makes crazy passes. You see it in games, but in training it’s even worse,” he jokes. And about Casemiro he highlights that it helped him stay calm in the game and not get yellow cards too early.

He explains that he came naturally to the Francophones in the group (the French Benzema and Mendyand the Belgians Courtois and Hazard), but who also maintains a very good relationship with other young people like Vinicius Y Rodrygo.

To the point that the two Brazilian strikers entrust their haircut to Sebastiao Camavinga, elder brother of the white midfielder.

the austrian David Alaba, who came to the team at the same time as Camavinga, plays the role of older brother in the locker room. “He is someone who talks to you and helps you a lot. We have a relationship. But I can tell you that if I do something wrong he will tell me firmly,” he explains.

The French international also talks about his idea of ​​the game, and in this aspect he considers that “you can have an impact on the game without being ‘decisive’ in the way it is understood (…) but that is not measured as well statistically and fans pay less attention to it.”

For example, it highlights the importance of game construction as a key to scoring. “Between marking and marking, I would always choose the latter (…) is almost as important as scoring a goal. It’s the same with the penultimate passes, but who talks about it?

In his opinion, “the game without the ball is revealing” about a player. and he confesses that when he arrived at the Rennes training center, his home club, “I never defended”, but “one day I started defending like crazy (…) and I became another player”. Now, at Real Madrid “everything goes faster on the pitch, in your development, in everything”, he admits.